It’s a very powerful bond- the bond between father and son. 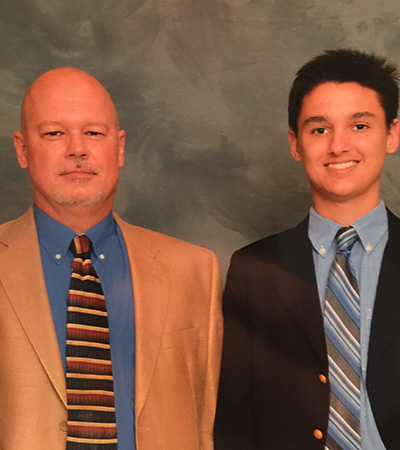 Please read the story below involving a couple of fathers and sons. Understand the impact Palm Garden has had on their lives:

“I want to share with you an experience I had with a family member of a guest we served.  This may be a little long but it is necessary to make sure you understand why it all ended up being so important to me.

I was outside doing some yard work when my neighbor Ray and his family came by.  They were walking their dog.  We finished some small talk about how my kids are doing and how his kids are doing, admiring his Australian Shepard with those beautiful blue gray eyes, when Ray mentioned he saw me recently at St Joe’s North hospital.  He said he was there visiting his father who was hospitalized and asked why I was there.  I explained my role as Director of Transitional Services for Palm Garden and that I was there conducting an evaluation.  Ray told me his father was sent to a competitor after his hospital stay with the goal of returning home.  He said his father was doing well there and making progress.  I told him it was a good center and hoped his father returns home soon.  I offered some suggestions on ALF’s in the area because Ray felt it may be time for his father to transition to that level of care.  We finished our talk and went back to our homes.

A week or so passed and I received a referral from St Joe’s Main hospital.  I promptly arrived to conduct my eval and met the patient in his room.  I received limited information, so I contacted the family to gather more info.  When I looked at the hospital face sheet and saw the emergency contact was named Ray, it made me wonder if I had just eval’ d my neighbors father.  I didn’t know Ray’s last name, so I wasn’t sure.  I placed the call and introduced myself.  After the introduction, I said, “I might be your neighbor.”  The Ray on the phone said, “yes you are.”  He explained to me why his father was in the hospital.  He told me the previous building was not accepting him back because they felt he would end up being long term care. I explained to Ray, the Palm Garden Way and why we are better and different than other centers in the area.  I told him I would finish my eval and hopefully accept his father into our center.

After the eval, we admitted Ray’s father into our center right before the July 4th Holiday.  I checked on him and he was doing okay.  When I went to check on him again, I ran into Ray and his father.   They had just completed their Partners in Care Meeting, speaking with Surita, our Social Worker and Lorie our DQA regarding advance directives.  Ray had signed a DNR in the hospital for his father.  Surita and Lori helped Ray understand why we could not honor the hospital DNR due to lack of capacity.  Ray was given the opportunity to discuss his father’s wishes regarding end of life procedures.  His father was able to make his own decisions now and the DNR was completed that very day, in that very meeting.

On Monday July 10, I received a text from the center informing me my neighbor’s dad was sent out to the hospital and passed away.  I was blown away!  I immediately thought the worse.  The pain Ray must be feeling.  How will I ever face my neighbor again?

Ray explained that because of the Partners in Care meeting, he was given the opportunity to talk with his father about his end of life wishes and whether or not he wanted CPR to be initiated. He told me it was never discussed during his previous stay in another building.   In the hospital, his father’s wishes were honored and he passed peacefully- surrounded by the people he loves.  Ray told me he did not hesitate when hospital staff approached him about CPR as his father began slipping away. He knew what his father wanted.  He told me he was so thankful he had that conversation with his dad.  He knew in his heart that if it weren’t for that meeting at Palm Garden, he would always wonder if he did the right thing and would question himself forever.

This past weekend I ran into Ray again.  I was outside watching my son cut the grass to my standards.  We spoke again about his father and plans he had upcoming for his memorial.

As we ended our conversation, Ray told my son, “Your Dad has an important job, he helps people, he works for a great company, you should be proud.”

And no truer words have ever been spoken.

Please think about the impact you can have each and every day.  Mothers and daughters, fathers and sons – Is there anything more important you could do?  Any better way to spend your time?

This is who we are, this is what we do, and this is why we do it.  We are Palm Garden!

We are just so proud of our Palm Garden Family. 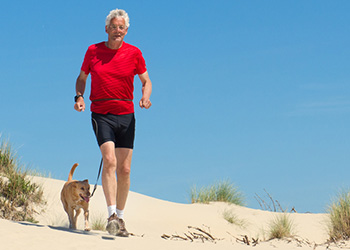